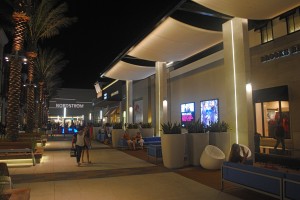 Shopping center and retail design is constantly changing, and several members of the BHM Architects team attended the 2016 annual ICSC (International Council on Shopping Center) CenterBuild Conference in Scottsdale, AZ, to stay on the leading edge of this market.

The conference was attended by the most people ever, signaling the strong vitality of the economy, especially the retail sector. Three themes emerged as changes facing the retail/mixed use industry:

in Charlotte Architects /by sethrr