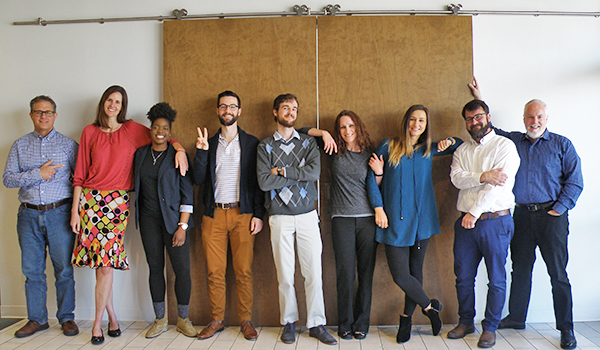 Charlotte architects Bartlett, Hartley & Mulkey have become recognized not only for their high-visibility projects in Charlotte but also for being among the premier retail and mixed-use architects in the nation. Partners Richard Bartlett, Dan Hartley and Kristin Mulkey credit their success to a combination of creative talent, focus, innovation and experience.

Understanding The Complexities Of Retail

“Retail is very complicated, especially dealing with national firms,” Bartlett explained. “Even though the retail industry is enormous, among national retailers it’s really a small circle in which only a few architecture firms are trusted. There are certain rules of engagement. They all follow procedures, which we know in detail. Each project includes certain key dates that the owners rely on us to interpret and meet. 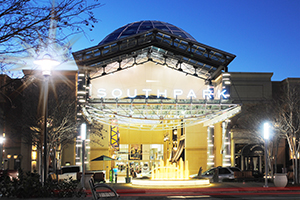 “We have worked with many national retail companies including Nordstrom, Neiman Marcus, Dick’s Sporting Goods, Cheesecake Factory, Crate and Barrel, Starbucks, Panera and many mall projects for Simon Properties, which owns SouthPark in Charlotte and other premier malls.”

Charlotte architects Bartlett and his partners began working with Simon in 2001 and have been involved in dozens of various mall projects with them. They designed the remodeling of SouthPark Mall in Charlotte around 2001, where they introduced the concept of “soft seating” using comfortable sofas and chairs in common areas to create inviting spaces like hotel lobbies instead of old-style hard furniture.

“This was such a success, Simon hired us to do over 80 malls across the country. Not all of it was completed due to the economic crash in 2009, but subsequently we were hired by Rouse (another major mall developer) to do a number of their malls, as well as Jones Lang LaSalle, Neiman Marcus and others,” Bartlett said.

Bartlett graduated from architecture school in 1982 and went to work for a prominent Charlotte architecture firm, where he gained early exposure and recognition for retail and mixed use project design. In 2003 he started his own firm and was soon joined by long-time colleagues Dan Hartley and Kristin Mulkey.

“Personally I’m primarily on the design side of things – a conceptualist, strategist and overall organizational leader,” Bartlett said. “Our team has very complementary skills.

“Dan is very much into the details, very pragmatic, organized, and makes sure everything conforms to codes, which he keeps up with diligently. He works out the procedures and processes between us and the contractors.

“Kristin transitions between the two of us – handling design and production. She excels at meeting with clients, diving into the details and getting the design concept produced.”

“Our team has a lot of experience,” Bartlett said. “Doing mixed use projects is the ultimate in complexity – multiple owners with many different agreements among them. You have to deal with things like restaurant food smells not interfering with apartments or condos above, for example. We know what to anticipate and how to make productive decisions. Good design may cost a little more now but will save you money later.”

Some Of The Firm’s Major Projects

Some of Charlotte architect Bartlett, Hartley & Mulkey’s major projects include: